Both students and teachers participated in JOUNEN KWEYOL activities; a cook off competition in which Mr Sanjay’s team was awarded the first place title. Ce té un bonne jounen. 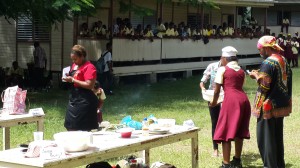 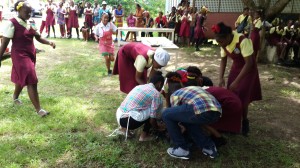 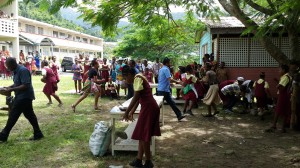 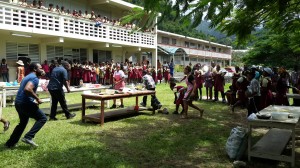 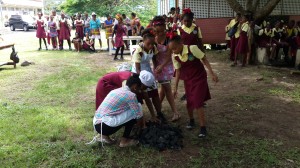 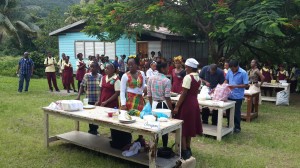 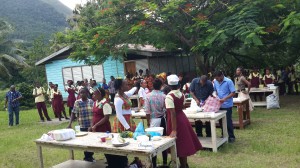 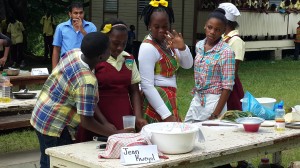 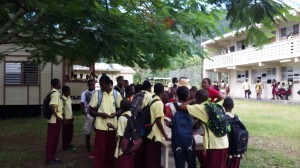 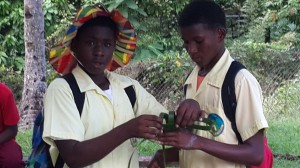 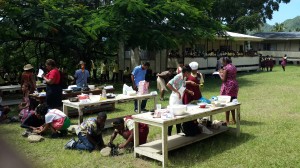 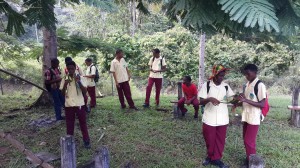 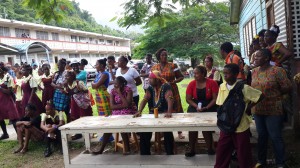 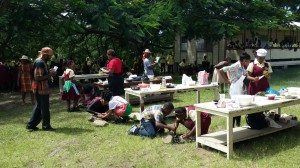 October has become the month of the worldwide celebration of Creole language and the Kreyol blogosphere is paying attention.

What is Kreyol, exactly? This is probably one of the most debated topics among linguists worldwide – it is an incredibly complex and diverse language. The fruit of migrations and population mingling, Kreyol language has been, since the distant times of slavery, a vernacular language, either prohibited or underrated. But things started to change in the 1980s, as explained by the Kreyol-oriented Reunionese blog, Renyone [Cr, Eng]:

“In 1981 scientists having Kreyol as their mother tongue started asking themselves questions about the methods that could be used to promote the Kreyol language, following a scientific symposium organised by the international committee for Kreyol studies working on the theme: a Kreyol continuity and creativity in the Kreyol world.” — (spelling changes)

In 1982 the Seychelles government organised a Kreyol week. The first international Bannzil Kreyol day took place on the 28th October 1983. Ever since, the 28th October has been celebrated annually in all Kreyol countries the world over.

Jounen Kwéyòl (Kreyol Day) is celebrated in Saint Lucia on the last Sunday of October across the entire island, and has been held annually since 1984. On the Sunday of this week, the various towns chosen to host this festival put out the result of their grand preparations; local dishes and foods such as roast breadfruit, Green Fig and Salt Fish (The National Dish of St.Lucia), plantain, king fish, Manicou (opossum), Souse (a soup made with pork and often cucumber), fried bake and floats, Accra (a fried dough which contains salt fish), Paime (otherwise known as Conkies) and a famous dish known as Bouillon (fish, chicken or meat stewed with dasheen, yams, plantains, banana and dumplings) Also local drinks such as Cocoa Tea, Golden Apple Juice, Guava Juice and more. Apart from the food part, the event is collaborated with kweyol music some of which have been past down to and from many generations. The most widely used instrument besides vocals are the Tambos (drums) and are beaten throughout as people speak in the creole language and have a merry time. Most people commemorate this day by wearing the island’s National Wear such as the Wob Dwiete. Persons who do not want to wear the extreme layers of skirts and dresses make clothing out of special plaid material called Madras which is one of the cloths used in the national wear. Among the places which celebrate it every year are Mon Repos and Dennery.

This school is known to have a thriving sports program amongst other things where we all salute in ONE accord this school placed in our trust.